The installation last year on top of two ITV buildings in central London (of 84 mannequins to represent the average of 84 men who take their own lives each week in the UK) attracted a huge amount of media attention.

The idea behind “Project 84” was to raise awareness of this issue, with each mannequin representing a real person’s suicide, with the 84 case histories documented on the project 84 website. 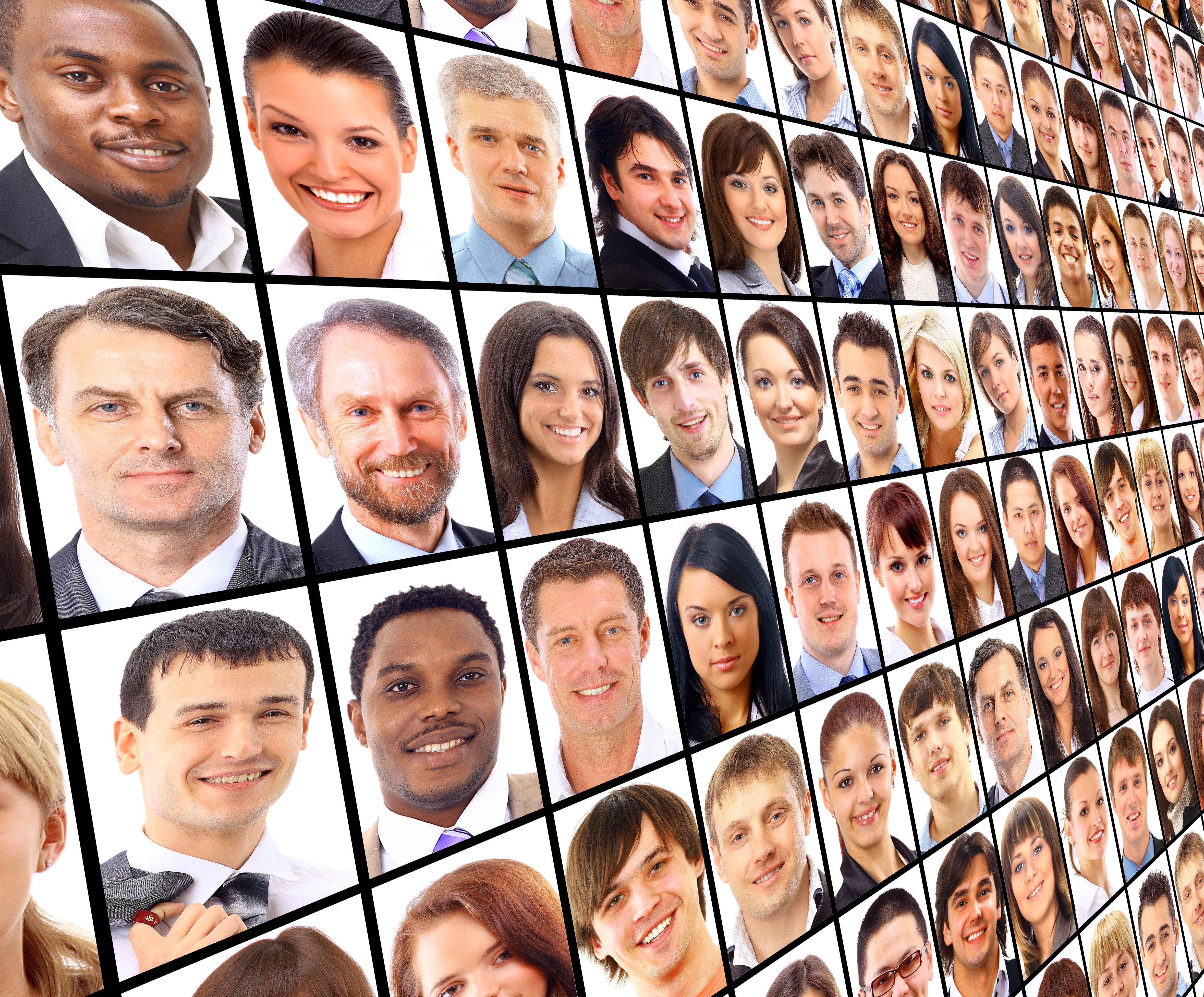 The installation coincided with a petition that is gathering momentum online – it was started by Matthew Smith, who lost his brother to suicide some years ago. Together with ‘Campaign Against Living Miserably’ (CALM) he has been working to raise the profile of male suicide to prevent others suffering the same kind of loss.

He has raised his petition to pressure the government to appoint a minister who would have specific responsibility for suicide prevention and bereavement support. At the time of writing, almost 170 000 people have signed the petition to implement this.

Statistics reflect that each suicide impacts on the lives of 135 other people, with the majority of us knowing of someone who has killed themselves. The issue is growing – between 2003 and 2013 the total number lost to suicide was much lower, at 18 220 (representing an average of 35 deaths each week over that time period) and suicide is currently viewed as a serious health problem facing the UK.

Recently, a good friend asked me to go with her to a workshop run by Mind, the mental health charity. Mind offer training to the general public, or organisations, in various areas of mental health – I’ve previously attended a session aimed at helping sports coaches to support those with mental health issues to get more involved with sports, for example.

This workshop, however, was a more serious one. Entitled “Suicide Awareness”, it was aimed at those working within the areas of mental health, or those interacting with service users likely to be diagnosed with mental health conditions. Most of the 17 delegates were employed or volunteering in charitable organisations, or from government agencies working with the homeless.

As we all introduced ourselves and gave a brief description of our interest in the workshop, it became clear that several of those attending had been personally affected by suicide of friends or family members, including one attendee brave enough to admit that she had attempted suicide herself, and was there with the aim of supporting others in their difficulties. That one person in the room almost perfectly demonstrated the shocking statistic that around 1 in 15 people has attempted suicide at some point in their life, and lent a very personal edge to the remainder of the session as it made the rest of us acutely aware of the importance of dealing with what has become a health epidemic.

A health epidemic is defined as “the occurrence of more cases of (a disease) than would be expected in a community or region in a given time period”. It is a term traditionally used for infectious diseases such as SARS, Zika or even AIDS. Classing something as a “health epidemic” is a mark of its impact on the community and classing suicide as an epidemic shows that the government is taking it seriously as a cause of mortality, particularly in men. As well they should because in fact, suicide is the biggest single cause of death in men under 45.

More than for alcohol or drug abuse.

It’s a fact that women also attempt suicide, but men account for three-quarters of all suicide deaths, and during the workshop we discussed reasons for this.

Interestingly, it isn’t simply because men necessarily attempt suicide more than women, it seems to be also that they tend to choose more violent methods which are less likely to result in any form of successful rescue or resuscitation. Men are also much less likely than women to talk about their thoughts of suicide, or to ask for help from either friends or professionals, a problem that organisations such as ‘Heads Together’ and CALM are working hard to address within the media and among the public, particularly men.

The workshop discussed how best to deal with someone who admits to having suicidal thoughts, and while it may well feel uncomfortable, the best tactic is to talk about it with them. To ask them how far they’ve taken that train of thought – have they planned it in their head? bought anything necessary to complete it? practised it, even?

This might seem provocative, almost encouraging the idea, but research has borne out that suicide follows a path from initial ideation to completion, and that identifying where someone is on that linear progression enables us to get the best and most appropriate help for them at that time.

The more passive suicide attempts by teenagers and women, often overdose attempts, are often thought to be a “cry for help” or plea for attention rather than a genuine attempt at killing themselves, and this attitude would seem to be a mistake. Suicide is increasingly common in teenagers & young people, particularly those who are university students, and it’s becoming more of a focus by the university staff to try and identify those most at risk, as there are likely to be some warning signs noticeable to their friends & family.

The mental distress that leads to suicidal thoughts is often preceded by negative thoughts & patterns of behaviour such as loss of interest in things they previously enjoyed, often using excuses or feigning injury to get out of activities or plans, and isolating themselves. Self-hating thoughts and feelings of not belonging, or of being a burden to others are almost universal and a lack of self care or disrupted sleep can accentuate this. Talking about suicide is not always noticeable, but if questioned, those contemplating it will often be ambivalent, or dismissive.

Conversely, once the decision is made to actually attempt suicide as the answer to their distress, it can result in a kind of euphoria, a mood change for the better, which often leads worried friends or family into believing the crisis has passed. It is not unusual at this point for the person to give away possessions, or tell people how important they are to them, almost as a form of ‘goodbye’ before the attempt.

We learned from the trainer that if, at any point on this continuum, we can engage with the suicidal person, they can very often be persuaded to accept help and not go through with it.

As part of the workshop, we watched a video of three people who had attempted suicide. It was a very emotive video, at times very hard to watch, particularly for those in the room with a personal connection to suicide, speaking as it did of the thought process behind their decision, and their subsequent attempts. The trainer was very aware of this, and encouraged us all to take time out of the room if we found it hard, and to support each other.

The video talked to three survivors of suicide, all of whom had mental health diagnoses – depression, bipolar and psychosis respectively. Feeling suicidal isn’t in itself a mental illness, but those with a diagnosis of mental illness are far more likely to self harm or attempt suicide than those without – it is estimated that 90% of suicides have a diagnosable mental health condition.

Other than the palpable distress shown by each of the people in the video, what struck me was the isolation and lack of support each described. One who had tried to reach out to her family had been rebuffed, one had felt so strongly that he was such a burden on his family that suicide was the only resolution. The other was so dissociated from reality that she was unable to see how unwell she was.

But the most poignant moment for me was listening to how one man was travelling on a public bus to the bridge from which he planned to jump, openly crying. He had promised himself that if one person – just one – asked him if he was ok, he wouldn’t do it.

In that moment, I vowed that if I saw someone so upset, if ever I could be that one person, I would ask. Because if we all did that, if we all asked that simple question “are you ok?” and opened up a conversation, how many people could be deflected from suicide and helped to recover?

That very question “you ok, mate?” is part of a campaign by popular social media account, LadBible, while similar encouragement to get men talking is an integral part of campaigns by Heads Together, Time To Change and CALM.

The Mind workshop described suicide as “a permanent solution to temporary problems” which sums up the importance of trying to resolve this epidemic.

So, please remember – if you want help – TALK

If you want to help someone else – LISTEN.

Let’s do this. Let’s talk! Talk to each other – to friends, family, work colleagues, neighbours, guys in the pub, Dads at school pick up, or the lads in the football team.

And talk to professionals – there is help available, no matter how dark things seem, if you just start to talk.

How can you help someone who is suicidal?

Some useful websites to point you or them towards are www.thecalmzone.net and www.mind.org.uk both of which offer advice for those in crisis, including 24 hour helplines as well as information for those looking to support friends and family.

www.headstogether.org.uk is particularly aimed at servicemen & women, while www.papyrus-uk.org is targeted at helping teens in particular.

There are lots of actionable tips and help on looking after your general mental health to be found on our website, too, at www.inspiredtochange.biz and all my colleagues around the country are able to offer a free initial consultation which will really help in managing every day stress, as well as issues like anxiety, depression, OCD and substance abuse problems, so get in touch.

Top Tips for Men to Look After Their Mental Health

Hypnotherapy – It Works for Men Too!

A Lesson In Indian